Hutchinson Engineering Services Ltd. are based in Weston, near Newark, Nottinghamshire and provide a number services including haulage of plant, machinery and specialist equipment up to 100T; LGV and specialist trailer repairs & servicing; crane & plant hire; as well as welding & fabrication services. 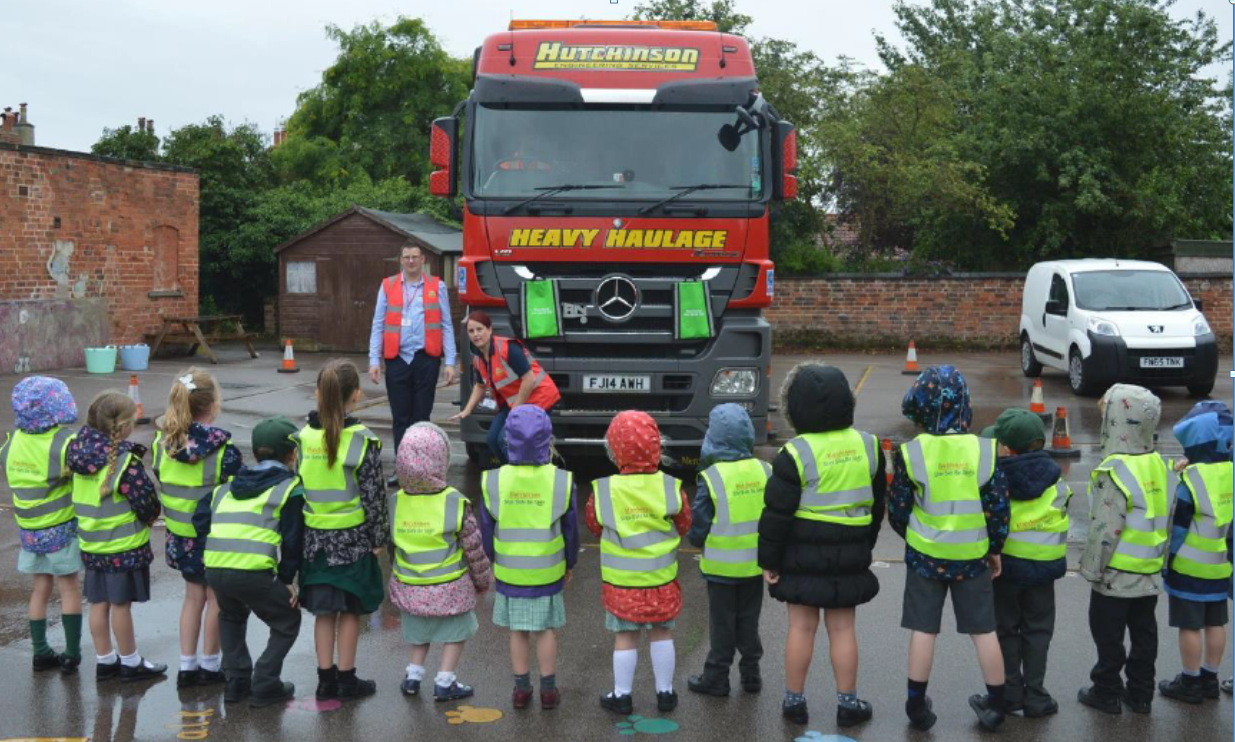 Having been Gold Members of the Fleet Operator Recognition Scheme since 2014, we have had a long association with the scheme and as a result managers and drivers think, work and act in the FORS way, seeing ongoing training as a vital part of the job, but during a Safe Urban Driving training course, Ryan Easom the Company’s Transport Manager decided to take what he had learnt out into the wider community.  “I came away from the course and thought about what we could do as a haulage company.”

There was a lot of planning and work to be done, but the seed of the Stay Safe Be Seen programme was planted during that Safe Urban Driving course.

Ryan set up the Road Safety day at Sutton-on-Trent Primary and Nursery School, taking a Hutchinson’s lorry into the playground to explain visibility and road safety awareness to the children. The event included throwing water balloons at the lorry; these represented the “squidgy” tummies of the youngsters, truck blind spot activities and a competition to design a special road safety poster, to be printed onto Hutchinson cabs.

Ryan Easom commented, “Every child got to sit in the cab, we showed them the blind spots by playing games, asking them to note whether they could see the teacher or not, and spent time talking about the importance of wearing bike helmets when cycling. Nottinghamshire Fire Service showed children the equipment they use at a road traffic collision, which had a very striking effect on the older children.”

Sutton-on-Trent Primary Head teacher Fiona Price said the event was a huge success, “The Hutchinson’s team did a fantastic job – the children have clearly taken on board the key safety messages even though they had been delivered in such a fun way!” 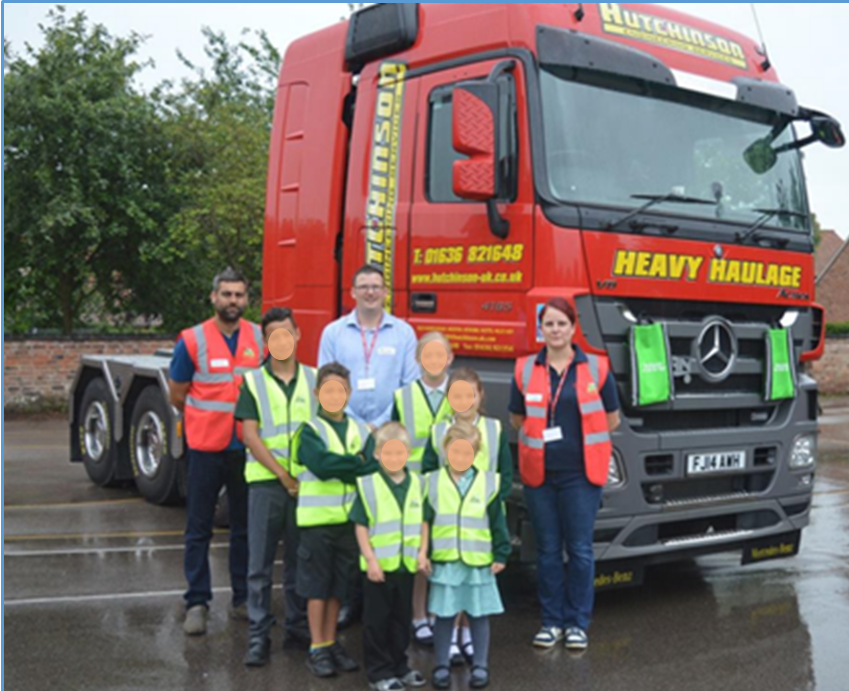 Hutchinson Engineering Services Ltd committed a considerable amount of its own resources to the programme, directly funding the goodie bags for the day, containing among other things children’s hi-vis vests, snap on wrist bands in reflective yellow and the bright green hi-vis school bags and the safety poster prizes.  Indirect costs were seen releasing staff to plan the event, prior to the day; providing Jeff, the Driver, Ryan, the Transport Manager and Angela, the Operations Manager, and the truck, on the day.

However, the benefits far outweigh the costs, as Angela knows personally.  During her time at school, a fellow pupil was involved in a tragic road accident, with the influence of that event felt beyond the immediate family

Those involved with the school were enthused by both the reception of the information and the clear impact it had.  The youngsters have been heard “educating” their parents, so it is a subtle way of spreading the stay safe be seen message.

When asked how it went, Ryan said “It is the best thing I have done since stepping into the job!”

It has not stopped there, the winning posters travel around the county on the side of our trucks and the message has spread, with other schools in our area being visited this year and other hauliers asking how they can get involved too.   The Fire Service, who worked with us last year, will be joined by Volvo Trucks, the local authority and the Nottinghamshire Constabulary, who have their own Nottinghamshire Mini Police initiative.

Oh, and the school can use what was learned in their reminders, this is an extract from their Facebook page….

Our web presence is www.hutchinson-uk.com