M&S Hire Ltd specialise in supplying a variety of access solutions, we are based in Sittingbourne and supply our products to London and the home counties.

Julian Bush, General Manager explains how FORS has improved the business. ‘M&S Hire has proven, through its FORS accreditations, that its operations are first class and FORS requirements have improved the fleets fuel consumption.’ Benchmarking itself against a recognised standard has also improved the service to our customers.

When we heard about the FORS standard in July 2013 we knew immediately that we wanted to achieve this standard to actively demonstrate our commitment to all safety related matters and enable us to manage our mileage and fuel usage more effectively. 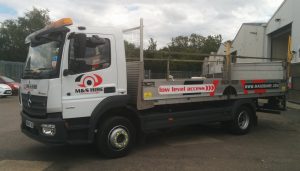 M&S Hire passed the Bronze audit at the first attempt. The Auditor was extremely knowledgeable and helpful. The Audit made M&S Hire focus more on monitoring and controls of MPG, Emissions, PCN’s etc. By monitoring the carefully using the Transport management tool we can effectively reduce all of the above.

We began by benchmarking against those of the FORS standard. From this review we started training our transport manager to be a FORS practitioner and this helped us to align our processes even though we didn’t own an HGV/LGV vehicle. The information we received through the series of workshops was invaluable in improving our fleet management.

With the help of the FORS trainers we were able to adapt our van processes and procedures to the FORS standard and by December 2013 we had completed the necessary changes and passed our Bronze audit. In March 2014 our Transport Manager had completed the FORS practitioner course, and our drivers had attended a speed awareness and defensive driver’s courses. Once completed, we decided to aim for the Silver standard and we succeeded in September 2014. During the following year we introduced our first HGV/LGV and we successfully integrated this vehicle in line with HGV legal requirements and FORS standards. 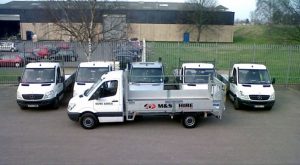 In 2015 all of our drivers attended the Safe Urban Driving course. This was successful and in 2015 we completed both Bronze and Silver audits with flying colours with ‘Vans and Lorries’. This success buoyed us on, and led to the decision to go for FORS Gold in Autumn 2016. Many customers now require us to meet the CLOCS and WRRR standards as a prerequisite of working with them. Achieving these requirements has ensured that we can deliver to any of our customer’s sites. This has had apositive benefit to the company and aided our growth. The influence of best practice for fleet management has led to a string of positive changes throughout the fleet management from vehicle checks to transport related risk assessments.

In January 2017 a new experienced Transport Manager was appointed. This was to incorporate another new HGV and to have a dedicated person to Manage all aspects of Transport and Fors. The Transport Manager (Ian Desmond) has a National and International CPC. He has attended a FORS CPC Refresher course (Feb 2017) and has completed 6 of the 9 Practitioner courses. All 9 will be completed by spring 2018.

‘Introduction of the FORS standard has improved operations and demonstrated to our customers that we are a professional operation and that has enabled us to win more work.’

By introducing FORS we have avoided many of the pitfalls of using large vehicles as our fleet is equipped with all the safety features including cameras, radar and audible warnings. We have not stopped there; even though we have a restricted licence. Our new drivers have benefited from the FORS workshops and in conjunction with our more robust internal training has resulted in our drivers becoming experienced London drivers in a shorter amount of time than previously.

The metrics driven approach of FORS has dramatically improved M&S Hire understanding of its fleet operations. Improved records of fuel usage and driving infringements has led to a reduction in driving hours, whilst delivering more equipment than ever before. These metrics have also identified problematic drivers and are used in evaluation of staffduring probation. 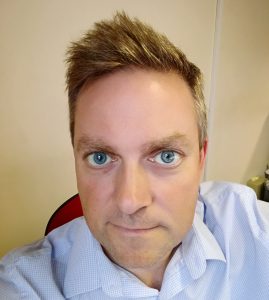 Achieving gold would crown the hard work M&S has done, in improving the fleet management. It would demonstrate to our customers that M&S Hire are at the Gold standard and take fleet operations seriously. We intend to continue this sustained growth with the use of FORS which enables us to make corrective actions earlier before significant problems which occur.

(MPG looks at first glance that it has reduced. What this does not show is that M & S Hire have added another 12T class 2 truck and has increased its mileage by over 9000 miles in 2016-2017)

Please note: All published FORS Gold case studies have been submitted by the accredited company named above and transcribed verbatim